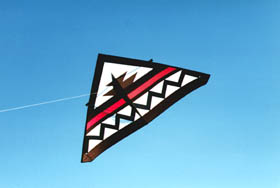 Map reference - how to find the house

A few sites of possible interest to delta flyers and falconers.

Forecast.co.uk/ completely devoid of clutter, with clear and simple graphs of national as well as custom local weather conditions — light on computer resources; works well on my old 2005 laptop

Windy.com set for local conditions and get wind speeds from surface to 13.5km

Ventusky.com set your location and get wind speeds and temperatures from 2 to 30,000 meters

XC Weather UK: up-to-the-minute local wind forecasts for every major airport in the UK, France and Germany, plus off-shore light vessels and buoys

AccuWeather.com: can be set to local personal weather stations

Good ranges of wind/weather meters including Skywatch and the omnidirectional Kaindl Windtronic 2:

For a range of professional grade portable wind and weather meters visit:
Skyview Systems
... they also sell lightning detectors that can detect lightning up to 40 miles away and warn of approaching electrical storms.

Inexpensive electric fencing spools, some with optional electric drill adaptor. You'll need to contact them to find a stockist.

The International Guild of Knot Tyers

Knots on the Web Peter Suber

The Peregrine Fund site. Keep up with raptor conservation projects around the world, including the California Condor reintroduction to the wild in northern Arizona and the breeding program to save the endangered Mauritius Kestrel.

The one kite flying record that really counts

The previous record
Richard P. Synergy
"Dan, with the thirty foot delta that we discussed a year ago we flew to 14,558 feet above sea level from a field that was 860 feet above sea level setting a new world altitude record by more than 1000 feet. Will send exact data later." - Richard Synergy, 16 August, 2000

The latest record I know of (in the modern era)
"After 10 years and many attempts we have broken the world record. On the 23rd of September we flew a kite to 16,038ft. For the full details look at kiterecord.org.au."
Thanks to all our many helpers.
Youtube Video

There must be hundreds; these are some I've seen

Hobbs covers everything including analysis of forces on lines

Here we discover that when the motion of the flying line is included in the analysis, the equations become two orders of magnitude more complicated than they are for low speed aircraft. It has to be said, too, that Bryant & Brown's expensive, wind tunnel-tested kite, based on the Irving biplane kite, required a wind of "at least 35 m.p.h. before (it) could be safely airborne." It crashed "and became a total loss" after 5 minutes of flight.

Ah...well; it just goes to show... as far as kite designing is concerned, a wind tunnel is no substitute for the real world including turbulence. Heavy, aircraft-style wing structures with high aspect ratios do not result in better kites. Whenever you see a painting of such a "kite of the future" in a popular science magazine, you know that it wasn't designed by anyone who knew anything about kites. Towed gliders are something else; but a proper airplane kite must have an additional vertical surface at the front that gliders don't have.

Here's another for analysts:

This is a good read. Though it deals mainly with the authors' own design (sometimes at odds with deltas), the general principles are covered, and one gets the impression that their kites actually fly.

A problem with "scientific" kite design is that there can be a huge gulf between what's on paper and the end product, where even the littlest flaws - second order effects - can mean all the difference between success and failure, completely nullifying any theoretical considerations. Usually it's better to spend an afternoon experimenting rather than to try to solve a kite problem analytically.

The Whirlwind is named after the famous Danish kite authority Dr. Whirlwind, whose 10th Law is well worth remembering whenever trying to fix a kite that doesn't fly: "If all else fails, do the exact opposite of what you thought would work."